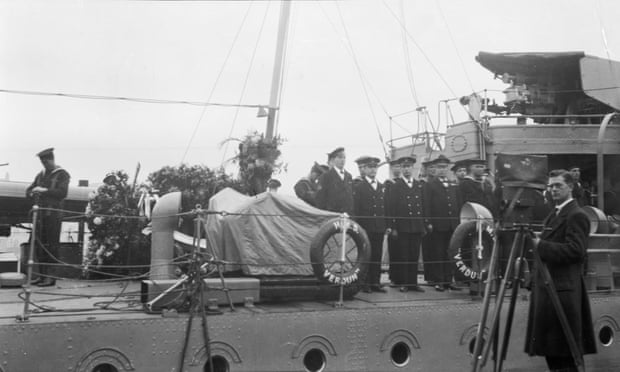 In the hearts of our people there is a real desire to find some lasting expression of their feelings for those who gave their lives in the war. They want something done now while the memories of sacrifice are in the minds of all; for there is the dread – too well grounded in experience – that those who have gone will not always be first in the thoughts of all, and that when the fruits of their sacrifice become our daily bread, there will be few occasions to remind us of what we realise so clearly today

By the end of the First World War in 1918, mainland Britain had lost around 750,000 men, along with another 200,000 from its colonial allies. Society was at a loss regarding how to deal with such horrific casualties and turned to commemoration as a form of legitimation; these men could not be allowed to have died in vain. 1919 marked the first anniversary of the Armistice and the first instance of the 2-minute silence, a brief pause at 11:00am that sought to unite the nation in collective remembrance, prayer, and reflection. This silence brought Britain to a standstill, “no motion save that of birds flying, of flags flapping limply at half-mast,[1]” as communities gathered around makeshift memorials and reflected on the carnage that had engulfed the world, and their own lives, for over 4 years.

The following year, November 11th, 1920, the Tomb of the Unknown Warrior was unveiled, as the body of an unidentified British soldier received a funeral at Westminster Abbey. 3 days before the burial 6 bodies were exhumed from the Somme, Ypres, Arras, Cambrai, the Aisne, and the Marne; the bloodiest battlefields upon which the British army fought. A blindfolded officer then selected one of the coffins to be returned to Britain via the HMS Verdun and was buried under 100 sandbags (each containing soil from different battlefields) and a marble slab engraved with the words “An Unknown Warrior.” This black marble slab was a gift from the Belgians and remains the only tombstone in the abbey upon which it is forbidden to walk. By the end of the week between 500,000 and 1 million people had visited the tomb.

The Tomb of the Unknown Soldier served as an immensely symbolic form of commemoration. The body within the tomb was impossible to identify, and therefore was potentially any soldier who had died on the Western Front. Due to the enormous number of casualties sustained during the war it was decided in the earlier years of the conflict that the repatriation of the dead was infeasible, and the bodies were to remain where they had been killed. Unlike the Cenotaphs spread across the country, a Greek word meaning “empty tomb,” The Tomb of the Unknown Warrior provided a tangible link to the dead for the grieving families left behind in Britain; the slim chance that the man buried in Westminster Abbey was your own son, husband, father, or brother, was a soothing sentiment to the bereaved.

It is also during this time that the language of commemoration we are familiar with today became commonplace. To further validate the deaths of so many young men religious rhetoric was employed in order to convey a greater sense of gravitas, referring to their deaths as a sacrifice for the nation, drawing parallels between them and the passion of Christ. On the Tomb of the Unknown Warrior reads the inscription,

The warrior’s death was vindicated by the peace that had resulted after the Great War, the war to end war. His death became sacrifice and in turn Armistice Day became idealistic as it implied that the war had meaning. Armistice Day was a day primarily for the bereaved, for the outward expression of their grief and for the nation to legitimise the current order. It is easy to look upon these commemorative services through the lens of historical irony, but it is important to understand the raw wound from which the nation was still healing. It is not until the following decades that themes of futility regarding the war that we are so familiar with began to take root in the national conscience. 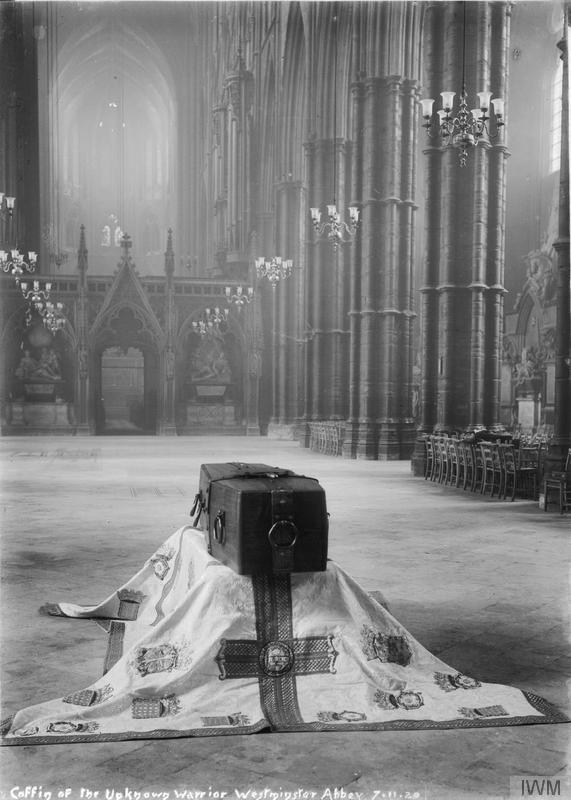 The coffin of the Unknown Warrior, 1920